13th Jan: Quality mare back to her best at Trentham 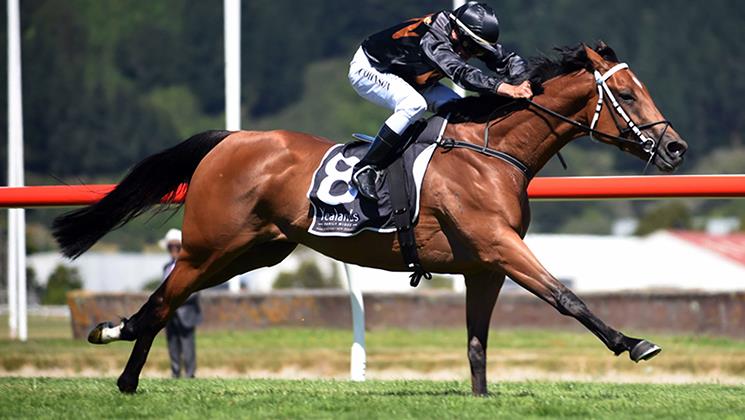 Elite-level performer Consensus reminded racegoers about her genuine class when she dominated her rivals in the Gr.3 Barneswood Farm Trentham Stakes (2100m) on Saturday.

The Postponed mare had hinted she was approaching her best form with a fighting run for sixth at Ellerslie in the Gr.2 Rich Hill Mile (1600m) on New Year’s Day and she backed that up with a class performance in the hands of rider Chris Johnson.

Carrying a luxurious 53kg under the set weights and penalties conditions of the traditional Trentham feature, Johnson took Consensus straight to the front from barrier rise as he set a moderate speed throughout.

Challenged by race favourite Chance To Dance at the top of the straight, Johnson had the mare travelling sweetly as she eased away from her opponents at the 200m mark to record a decisive victory.

Trainer Stephen McKee revealed he had been confident he had Consensus back to her best for the race after she had missed a run at Ellerslie on Boxing Day due to a wet track.

“She just raced a bit fresh last time as she had missed a run in the Zabeel Classic due to the heavy track,” he said.

“It was D-day today with the 53kgs on her back.

“She had been putting herself handy enough so she could run forward today, which you had to be, as they have been winning on the speed.

McKee admitted the mare has been lightly raced of late as a deliberate ploy to keep her fresh for an Australian autumn campaign.

“We brought her in later this year as we wanted to try Sydney again in the autumn,” he said.

“We just wanted to keep her lighter through the summer.

“Based on today she was happy enough at the 2100m so we might look at a race like the Ranvet with her.”

Consensus finished fourth in the 2018 edition of the Gr.1 Ranvet Stakes (2000m) at Rosehill in a three-start Australian campaign that also saw her finish a creditable sixth behind Winx in the Gr.1 Queen Elizabeth Stakes at Randwick.

The seven-year-old has now won nine of 51 career starts with over $590,00 in stakes earnings. Numbered amongst her victories is the 2016 Gr.1 Zabeel Classic along with a further three black-type successes.