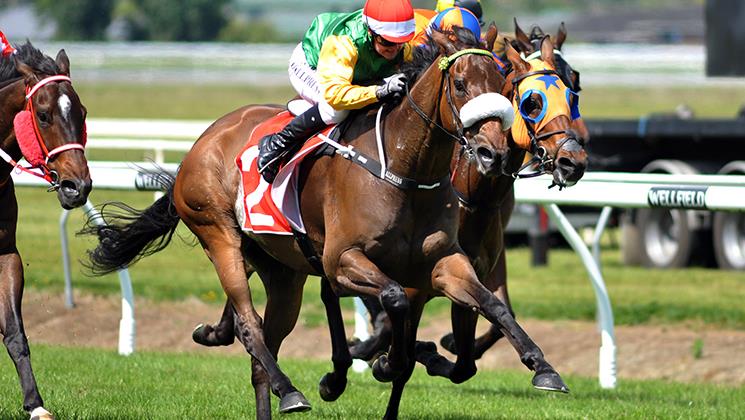 Awapuni trainer Royden Bergerson is expecting his phone to be busier than usual early this week as he prepares for the upcoming Wanganui Cup meeting.

Beefeater landed the John Turkington Forestry Limited/Wai Paine Ltd Bulls Country Cup (1500m) in the hands of Lisa Allpress to cap a run of consistent form. With Allpress committed to another mount in the Wanganui feature, Bergerson is looking around for a new rider for his charge.

“As long as he pulls up well from his exertions then he will run in the Cup at Wanganui,” he said.

“Lisa is committed to Glory Days in the race and with a couple of his previous riders unavailable I’m going to have to try and find someone else.

“The good thing is that he is a very easy horse to handle and as he will be near the top of the handicap it should provide a few options to choose from.”

Bergerson was confident the Alamosa six-year-old was ready to find the winner’s enclosure at Awapuni after placing in the first three runs of his new campaign.

“His work had been good and he had been beaten by some pretty decent horses in his first three runs back,” he said.

“He finished close up behind Ocean Emperor and Wyndspelle at his last two starts, who are both Group winners, so I did expect he would be hard to beat if it went to plan on Saturday.

“In saying that, he didn’t get things all his own way but Lisa said they may have got close, but they were never going to get past him.”

While more well known as a capable performer up to a mile, Bergerson believes Beefeater has what it takes to make it over more ground.

“He relaxes nicely in his races and can settle on the speed which is a good asset to have,” he said.

“I think he is ready to step up, so that’s why we have the Wanganui Cup as his next target.

“Provided he can go well there then the Manawatu Cup on his home track will be his first major summer goal.”